Vitality 4 Life uses cookies to provide and improve our services, if you continue browsing, we consider that you accept its use. For more information, please see our privacy page.

COVID-19: All deliveries throughout Australia with our shipping partners Toll IPEC and Australia Post are still guaranteed and are currently not subject to any restrictions. AFTERPAY limit is now $2000 Isn't wheat or acidifying for the body?

Fully grown, harvested, processed, milled and stored wheat is, yes. However, just like with most grains, when sprouted the wheatgrass is very alkaliine.

No, wheatgrass does not contain gluten. In fact, wheatgrass is a suitable food type for those with a gluten intolerance. Although wheat grain contains gluten, wheatgrass is not a grain, it is a green vegetable and as such contains no gluten.

How much Wheatgrass juice can you drink per day? 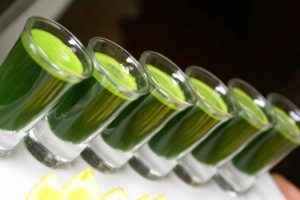 How do I avoid mould when growing Wheatgrass?

Mould is the most common problem when growing wheatgrass (in fact it is often the only problem). It can be identified as white blobs forming (normally around the base of the wheatgrass stalks) when it is alive and black spots when it is dead. The following are all suggestions for preventing mould formation on your home grown wheatgrass.

Is mould formation on wheatgrass of any significance?

Mould formation on wheatgrass can be of great significance. Some people are allergic to mould and it is also bad news for people who suffer from asthma. An intake of mould can result in instant body reactions such as headaches, nausea and even body hives.

Therefore it's important to at least cut well above any mould that has formed when harvesting your wheatgrass. Also, empty and sterilise your trays after harvesting to discourage any related mould growth.

Can I repeatedly trim and grow the same tray of wheatgrass?

Although it is possible to regrow your wheatgrass after its first cutting and then re-harvest the same batch, it is not a recommended practice as the second harvest will not contain nearly as many nutrients as the first. This is because a great deal of the nutritional value in wheatgrass comes from the seed as it sprouts which occurs in the first harvest. As well as the loss of nutritional content, re-growing the wheatgrass increases the chance / growth of mould.

What is the best juicer for wheatgrass?

The Bio Chef Gemini Twin Gear is the ultimate cold press juicer for wheatgrass using twin gears that mesh together more finely than ever before. 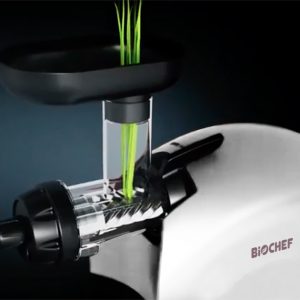 Twin gear technology allows for more of the cellulose wall of your food to be opened during the extraction process. Ultimately leaving an abundance of vital enzymes and nutrients suspended in colloidal form thus making them more accessible to the body.  The next best are cold press masticating juicers that are far more effective than centrifugal types. 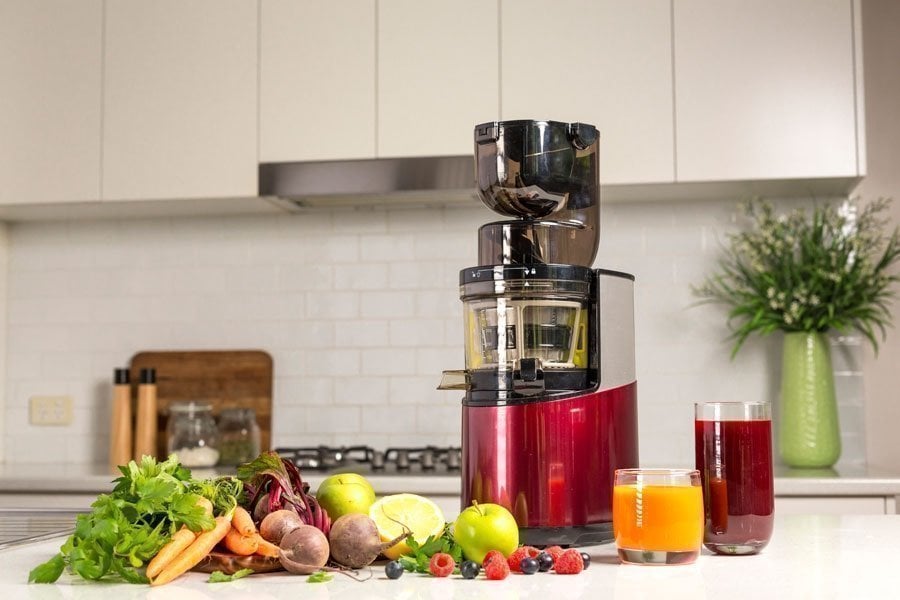